One reason we may have a hard time understanding the story of the flood is that we start with the wrong guy. We start with Noah, right? But we need to start with Cain.

Cain had become a murderer. But God lets the guy live. He doesn’t judge him as unworthy to live. He lets this hard-hearted guy who solved his jealousy problem with murder, go out and pursue his life. Why? Well, remember, his parents, Adam and Eve had chosen to live by their conscience. They wanted to use their new knowledge of good and evil to make moral choices. Choices. Free will.

Cain had chosen to kill his brother and God told Cain he would no longer be a farmer because the ground itself rejects him.

Cain had not considered what came after killing his brother. He quickly began to fear that he, himself, could be killed in the future by someone as revenge. God puts a mark on him to warn people not to kill him or it will be worse for them. The life of a farmer denied him, he builds a city.

A city. Cain builds a city. What was the result?
Some worked and provided food but others were free like Tubal-Cain to make tools out of bronze and iron. His half-brother Jubal makes music on stringed and wind instruments. This is why we like cities, the arts, right? Yet others like Jabal chose a nomadic life raising livestock.

Their father, Lamech, decided to have two wives. Why two? He just wanted to have two wives. And he had some trouble with a younger man who wounded him. So he killed him. Then he made up a song about it. Or maybe it was a poem. It in Lamech says the punishment was high because he, Lamech, said so. He remembers that anyone who killed Cain would be avenged seven times. Lamech raises this to seventy times. He decided what was right for him and no one was to say otherwise. He was serious about it. Deadly serious. 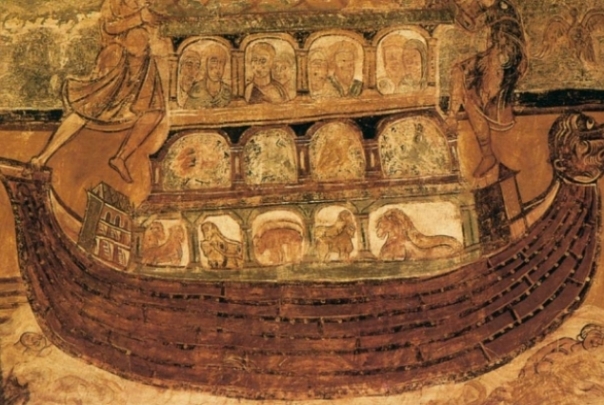 Seth has kids. He is another son of Adam. They farm. The city people make choices, like Lamech, that eventually cause the society to break down completely. The simple description: everyone thought about doing evil, all the time. Everyone made their own rules. What they did exactly is not described in detail but the result was this: the earth was filled with violence. God’s call: “All flesh had corrupted their way on the earth”.

There was hero worship. Maybe clans developed around them. One group, ‘the sons of God’, wanted wives from another group. Maybe it was a group of Seth people who wanted wives from a group of Cain people. The groups mixed and before long there was no group that thought about God. The farming group left farming to join in the new city-based society. Maybe.

Anyway, the result was this. A violent society. The ancestor, Cain, started this kind of city society. He left his mark of using violence to deal with his feelings of jealousy. Now violence became the solution to every conflict of every sort. A society without laws allowing everyone to do anything. It made God sorry he had made people. He had been moved when Abel was killed. He said the blood of Abel called to him from the ground. Now the earth is filled with violence that calls out to God. God sees complete corruption.

His solution: a flood.

Now, we come to Noah. Noah is about the only guy who has not joined in the corrupt society. God tells him to build an ark.

Noah does this with the help of his three sons but it takes a long time, maybe 100 years. God waits. Noah and sons build. Do you see that God intervenes but men must do something themselves to save themselves. Noah, by doing what God tells him, saves his family and human society. “My Spirit shall not strive with man forever, for he is indeed flesh; yet his days shall be one hundred and twenty years.”

Anyway, it is not an immediate flood. It is known to Noah that it will come and it will be big. Do people know about it? I think it would make the news. Man predicts flood and is building large boat. But God does not tell Noah to go and tell the people. He just tells him to build a big boat and exactly how big it should be. And what materials to use. I don’t think there were a lot of boats around.

It says in later books and letters that Noah demonstrated his faith and so condemned the world. And that God waited patiently while Noah built the ark.

But it was for the sake of people that God removed a completely corrupt society. All the people would have died anyway and probably violently. There was no way to reform this situation except with a new beginning. There was also an element of purging the earth itself and a new start for wild animals, birds and cattle, etc.

Will it happen again?

How many people died? It does not say. It says eight survived. How widespread was the flood? Big enough to end all life. Did it reach to Australia and drown kangaroos? You tell me. When did it happen? Really unknown. Some say 5,000 years ago; others say 50,000. Could be more. Adding up dates or time lengths in the Bible is a waste of time since that is not their purpose. They are there to show continuity not length of time itself.

But again, the purpose of the flood was to give mankind another chance, not to get rid of people. Peter, a disciple of Jesus, predicts a future event where the Earth will again go through a dreadful transition to prepare for a very different way of life on earth. He says the flood was an example of this kind of major change. Many, but not all, will die before the ‘new earth’ predicted will come to be. And Peter does not make these statements without information from God. 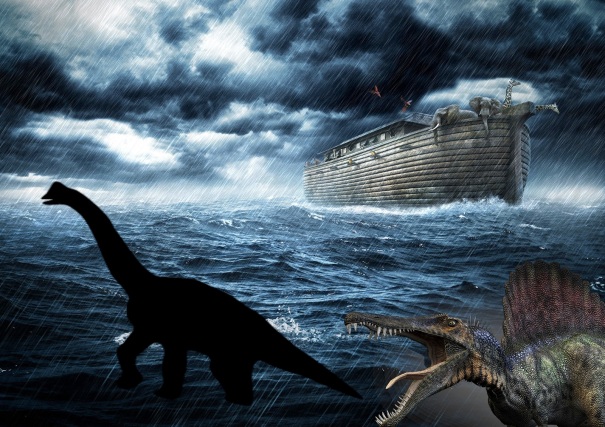 Preparation for this is clear. Jesus has made things clear to all who listen. Believe him. God is willing that all would be saved. We just have to find out what He means by saved.

“No one comes to the Father except through Me” is not a restriction but rather an open invitation.

He is not willing that anyone would perish.

This site uses Akismet to reduce spam. Learn how your comment data is processed.