In the beginning, darkness covered the face of the deep and the Spirit of God brooded over that darkness.

And God said, “Let there be light”.

And we, too, found ourselves in spiritual darkness and chaos. We didn’t know God and we didn’t really know ourselves. Yet, that same Spirit of God brooded over you and me. He anticipated a great work in us. God saw us as ones who would reveal his great glory in the world.

Have you received light? It is because God has enlightened you. He sent his best, his own son, to reveal his nature to us. “…in him was life, and the life was the light of men.”

How God illuminates us today is as mysterious as in the beginning. The light of the beginning continues to light the earth. God has never forsaken the earth or those who live on it. He continually shines his light on men who so often love darkness rather than light.

The Lord saw the light …

Does God just shine his light on mankind in general as from a lighthouse with its light going back and forth? No. He has shone his light on you in particular. God sees you as you, not just part of mankind. And God has waited for you. He has called you by name. He wants your friendship. He wants to wake you up to his reality.

Some see the light as a blinding light that makes them painfully aware of their shortcomings.

How do you react to the light of God? Are you afraid like Adam and Eve? Do you run and hide? Are you like Paul who was shocked to his core that Jesus was speaking to him as he fought against this change to his venerable religion. Maybe you are you like Peter who fell at Jesus’ knees and said, “Go away from me, Lord; I am a sinful man!”

“And did Jesus go away? Or did he rather say to Peter, the fisherman, “Fear not; from now on, you will catch men.” What is this! Jesus wants Peter to work by his side as a fellow in his own divine work.

God saw that the light was good…

There was no beauty in the earth but God saw the light was good. What the light illuminates may not be good, but the light is good. Does the light reveal your bad condition? Look at the light and enjoy its goodness. It means God wants to remake you into something really good. It is new beginning of his good work in you.

It was the first day of creation. It was the beginning of the work of God. God saw that the light was good. It says that the earth was without form and void. But God saw the light, not the earth in chaos. And so he sees the light, his light, shining on you. He wants to make you into a fruitful tree that benefits those nearby. The fact is: he has all good in mind for you.

Every one of us was in darkness, without hope, until the light shone on us. Without the light of God, we had no orientation and no direction. We were lost.

No matter how you see yourself, the Lord sees you differently. Maybe Jesus saw Peter years later when hundreds were caught by the net of his inspired words. The same light that exposed Peter went on to fill him with the lifegiving Spirit. ‘Fear not’ is said to you, too. No matter how you feel as the light shines on you, the light is good. And God shines his light on you for your good.

Is the purpose of God’s light to expose and condemn you? It may reveal that which was hidden, but did God say, “Look how terrible the earth looks. This is hopeless.” He did not. He saw the light that it was good. His purpose for the earth was good. He continued to work until the earth was the showpiece of the universe. And God saw every thing that he had made, and, behold, it was very good. 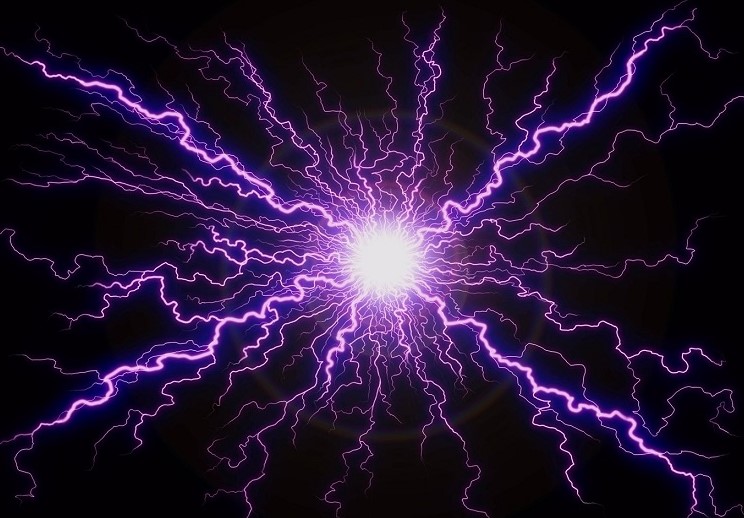 He has shared his own divine nature with you. That is right. He wants many children. I know. This is really beyond our comprehension, yet it is true.

As God breathed into Adam and so gave him life, “…he breathed on them, and said to them, Receive the Holy Spirit …” Now let this idea sink down into your being. If you are not convinced, ask God to fill you with his Spirit. Adam had no choice about becoming a man. But after that, he did have a choice to make. A big one. And so do you and I.

God made a promise a long time ago. He said he would pour out his Spirit on all people: young, old, men, women, all.

Yes, like Adam, we have a choice to make. Will we continue to live by our own ideas or will we choose “Life”? Choosing the Tree of Life is now choosing a man to follow. That man is the One God sent to reveal what he is really like. You know, any other choice will eventually end in futility and despair. Every other path in life cannot deliver what you hope it will. And sadly, it takes us so long to realize this.

Jesus called him “The Father”. But then he said to call him “Our Father”. This is the meaning of light. That God wants to recreate you in the image of Jesus. Remember, Peter said, “I am not like you, Jesus. You and I are very different.”

But it is as if Jesus said, “Really, Peter? Are we so different? I think we are much alike. You and I can be together and do Gods will. We will, together, change how the people see God. And you will become more and more like me in that effort.”

We are made in the image and likeness of God. We have the potential to live as his children and show that family likeness to others. But he will not use force to make this happen. He invites; he does not compel. He offers choice, as he always has, to come closer. Yes, to overcome your fear and follow him. He says to you, right now, “Come, follow me.”

This site uses Akismet to reduce spam. Learn how your comment data is processed.